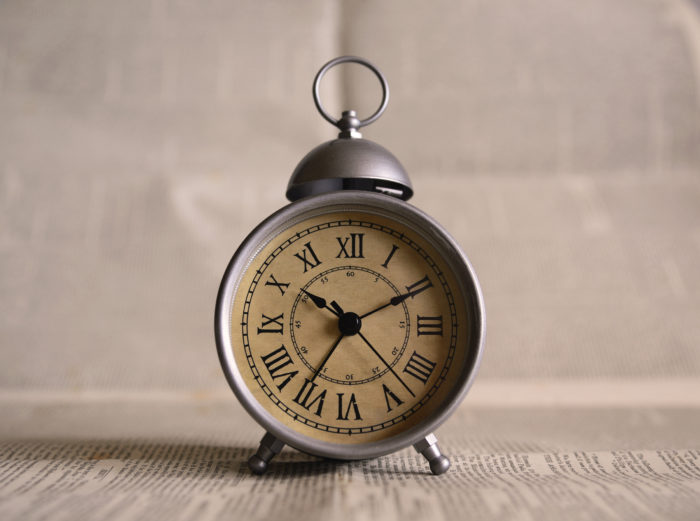 5, 4, 3, 2, 1, Go!  A simple five seconds can help make or break you beginning to transform your life. Helping to create those habits and get you on the path to action.

“If you have an instinct to act on a goal, you must physically move within 5 seconds or your brain will kill it.” – Mel Robbins

We all get that little voice that can come up with a multitude of reasons for not doing something.  Yet, when we get the instinct to do anything that’s tied to a goal, or something we know we should be doing, we can combat that voice, with a simple five second countdown, before all the noise and overthinking starts.

For some background, Mel Robbins coined the term and discovered this tool during a particularly low period in her life. Mel realized that the brain tries to sabotage you, but more importantly, that you can beat it at it’s own game.

So what is it?
The five second rule is metacognition, which means thinking about your thinking, typically geared towards processes used for assessing, planning, understanding, and controlling your learning and performance. Simply put, the five second rule is a way of tricking your brain in order to achieve your greater goals.

This doesn’t mean it will be easy. You have to want it, you have to still do the actions and put in the work. Motivation and a wish to do something is only half of what it takes, but it isn’t all it takes. You need to take physical action to cement helping yourself. This could be in the form of:

What drive to action comes to your mind? Let the five second rule work for you and banish procrastination, after all, what have you got to lose by just trying?  Just start, the rest will catch up!

Let’s delve in to the science of how this works and why it’s such a great tool to add to our repertoire.
In order to work, the five second rule follows five main principles. I’ll elaborate on each one below.


Principal 1: Bias Toward Action and Locus of Control

The first principle comes in two parts.
i)  Bias toward action  ii)  locus of control

A bias toward taking action is psychological principal meaning you take action more. To have a bias is to lean towards thinking about something in a certain direction. Therefore a bias towards action means you have a tendency to take action.

Locus of control is how in control of your life and the outcome of its events you feel you are. There are two types of locus of control

Internal Locus of Control – is where you feel you have control over your actions and outcomes in your life. You have agency in this.

External Locus of Control – is where you feel that things just happen to you. You are at the mercy of fate and external factors are determining the events in your life.

We have the amazing ability to be able to  learn new things all our lives, and behavioral flexibility is what enables us to adapt our behaviors to future environmental changes or events. If you repeat the five second behavior over and over again, it allows us to create new habits from it, actually physically creating new neural pathways and a new you.

The reason this rule works well is because you get some instant gratification as well as more long term positive impacts from activating the prefrontal cortex.
You get to see the Immediate change that the rule itself brings, which is you doing the action within 5 seconds, and then you get the long lasting change with behavioral flexibility and how you react next time.

Amy Arnsten, a Yale researcher, has done numerous studies on the prefrontal cortex – which is the part of the brain that is in charge of decision making, strategic thinking, acting with courage, learning new behaviors, and working towards goals – It’s highly recommended to check out her work. (you can find a video link here).

What Amy’s studies show is how much stress reduces your ability to use your higher thinking, leaving us slaves to our base emotional responses, meaning we feel more stressed as we can’t think of how to get ourselves out of the stressful situation, we instead are just left reacting, resulting in more stress.  This rule can help strengthen your prefrontal cortex and the linked video also presents tips (like gratitude) that can also aid in this endeavor.

Many people believe that they can simply think their way into new behavior and new actions, however, if this has been you in the past, maybe it’s time to try the reverse.

One proven technique is that you can’t think your way into doing it. You have to first just do it, then your line of thought will develop a bias for it.

The idea is that once you start acting a certain way, and seeing results, your mind and thinking will adopt the new way, creating a habit where you aren’t fighting against yourself to do the action.

Try and consider one thing you could just do now, consistently, that would lead to your thoughts being changed along with it. Healthier lifestyle perhaps? Or maybe confidence in public speaking?
Try it out for yourself and see the results that follow.

Principle 4: The Golden Rule of Habits

This golden rule focuses on you taking the negative habit or thought pattern you get after an initial urge (like unhealthy eating habits) and replacing it with a positive action. Let’s be honest, you can’t always change what triggers you or how you feel about something, but you can choose how you behave and react to that thing.

For this, it can be helpful to use a starting ritual – a  repeated behavior that you adopt in order to trigger a new habit – which yep, you’ve guessed it, the five second rule counts as one!

Doing this enough with a starting ritual enables you to create a positive feedback loop which in turn leads to more positive behavior ensuring a great new productive and uplifting cycle begins.

Activation energy is a term that was first introduced by Mihaly Csikszentmihalyi, borrowing the term from chemistry and is that initial surge of energy you need in order to begin something.
For example in order to start a chemical reaction, it takes a huge amount of energy to just start. Much more so than to maintain the action.  To get started you need this to begin the chain of events.
The great news is, once you have started on your way to getting a bias towards action, it’s easier to keep making progress.

All these principles are all interlinked. Once we use the five second rule as an activation tool, Activation energy allows us to start our journey of doing good to be good. This in turn helps cement our bias towards action and leads to behavioral flexibility, which grants a strong internal locus of control making us achieve more and become happier, more confident, and empowers us to perform better, giving us the ability to choose how to react.

Share with us on Discord or Twitter how you use the 5 second rule to empower you to change your bias!

What are you waiting for?

How to help change a habit – James Clear