The Pareto Principle (Why You Shouldn’t Focus On Everything) 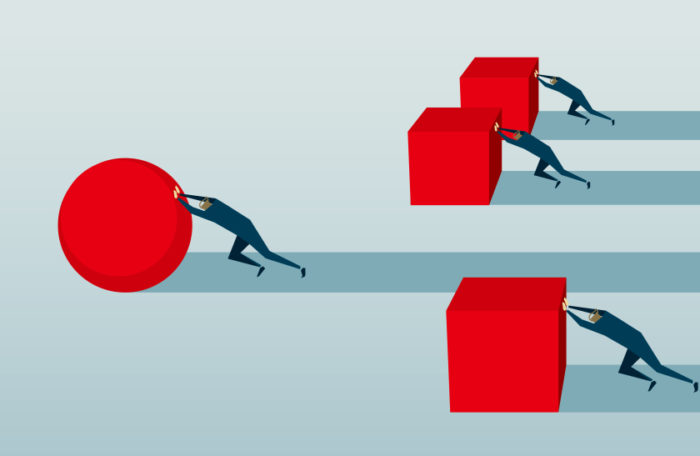 I am sure you have heard the words “Pareto Principle” or “80/20 rule” at least once in your life. They are everywhere: productivity, business, how-to-do-more-this-year-100%-real videos… But do you really know what the Pareto Principle is and how it affects your life? What’s more, do you know how to take advantage of this great economic observation in your decisions?

The Birth of the Pareto Principle

Vilfredo Pareto was an Italian economist (he was many more things, actually, but we’re only taking the economic aspect of his life) who lived between the 19th and 20th centuries. He had a deep interest in economic questions that hadn’t been answered clearly, especially those related to income distribution and preferences. Theories, concepts and models like Pareto optimality, the Pareto Principle or Pareto distribution carry his name and are widely used in fields, such as public economics and statistics, just to name a few.

His first approach to what we now know as “Pareto Principle” was an observation about the distribution of the income in Italy. He observed that 80% of all the wealth belonged to only 20% of the population. With time, we’ve been able to
observe the same phenomenon in many areas.

The numbers don’t have to be that precise, and don’t necessarily have to add to 100, but that doesn’t affect the underlying concept of this principle. The important thing is that what Pareto discovered while studying wealth distribution and inequality also happened to happen (!) in many other aspects of life!

Are you a student? If so, I’m sure you have two or three subjects that drive you crazy. That’s your 20% that will require 80% of your effort! Learn to identify them and put your focus on getting better at them. You’ll most likely do well in achieving the remaining 80% of your 20% that’s left after getting exhausted with the hardest parts.

Do you hit the gym often? (you should, but that doesn’t belong in this article) Then you’ll know that it’s really easy to hit a plateau (i.e. stop progressing). 20% of your effort will get you 80% of the gains; after that, it becomes exponentially harder and you’ll need to pay close attention to the insignificant aspects of fitness such as nutrition, proper technique and isolation exercises.

And last, but not least: are you on your way to becoming a Renaissance Man or, even better, an Economic Man, and don’t know what it takes to step up your game? The key is relatively simple: learn to set priorities. Really. You have dozens of ideas and projects in mind, but believe me: you’ll try and you’ll quit because real life is so different from what we think.

Choose your own 20% and stick to it. Your 20% will consist of really few things; four or five activities at most. Carefully select those four or five things and commit to them like it’s your job. You’ll start making progress; you’ll see how you become better at doing the specific activity AND at being able to do anything you want! The Pareto Principle does have some serious economic implications, but its applications in real life are undeniably strong as well. Just by doing your 20% every day no matter what, you’ll become 80% more Economic! And that, folks, isn’t magic; it’s economics at its finest .